The Mega Machine & the Mega Crisis, by Fabian Scheidler

After Donald Trump has been unseated, things seem to go back to what is considered “normal.” But this normality is indeed an extremely dangerous state of affairs.

We are facing several scenarios of the imminent destruction of humanity and of life on Earth, including extreme climate change, the accelerating extinction of species, nuclear war, and the emergence of much more severe pandemics than Covid-19. Hoping that a new administration will save us from this, is missing the point.

The fact of the matter is that it is not this or that administration that brought us to the brink of the abyss, but a whole civilization. Avoiding collapse, therefore, means transforming this civilization. Of course, this includes real-world politics, pushing the incoming administration as far as possible to the progressive side. But without looking at the deeper structures that led us into these existential crises, we will end up in a delusion.

The German poet Ingeborg Bachmann once said: “People can be expected to bear the truth.” And the truth is that we are part of the most dangerous social system humankind has ever created. Since the emergence of the first structures of domination in Mesopotamia 5000 years ago, many brutal and destructive civilizations have followed one another. But none of them has reached, neither near nor far, such a potential for annihilation.

Yet it is precisely Western civilization — which encompasses the entire planet today — that is usually regarded as the pinnacle and crown of human history. According to this interpretation, it is to her that we owe the Enlightenment, democracy, and prosperity. In this narrative, the destructive forces that threaten the future of life on Earth came about more or less by accident.

To understand the roots of the ongoing destruction, however, we must move beyond the myths of the West and of modernity. It is true that Western expansion has brought enormous wealth to a part of the world’s population. But this story has been at the same time, and from its beginning, that of a series of genocides.

For the indigenous peoples of the Americas, for example, the arrival of the European colonizers was, literally, the beginning of the end of the world. In Europe itself, since the 16th century, wars, state terror against the poor and dissidents, torture, witch hunts and the inquisition have turned the continent into a bloody theater. These phenomena did not reach their climax in the Middle Ages — as the myth of modernity suggests — but in modern times, with the emergence of the capitalist system.

For a very large part of the world’s population, the worst has already happened. For the rest of humanity and the planet, the worst is imminent. Imminent, however, does not necessarily mean inevitable.

To Avoid the Worst

But to avoid the worst, our ultimate annihilation, we must understand the origins of evil: the system that formed 500 years ago in Europe. It is known by different names: the “modern world-system,” “capitalism,” or the “megamachine,” a term coined by Lewis Mumford more than 50 years ago. The fundamental principle of the megamachine is the endless accumulation of capital. In other words, it’s about making the money grow in an eternal cycle of profit and reinvestment. This principle is embedded, among others, at the heart of the most powerful economic institutions in the world: the large joint-stock companies, the first of which were created 400 years ago. Today, the world’s 500 largest corporations — most of them limited companies — control 40 percent of global GDP and two-thirds of trade.

These institutions have, in their legal constitution, only one goal: to increase the capital of shareholders, and that at all costs — even if it is the annihilation of life on Earth.

Their products — cars or drugs, pacifiers or machine guns, fodder or electricity —are interchangeable means for this purpose. Once the demand for certain products is satisfied, new demands must be created. That is why it is essential to transform citizens into consumers, whose contribution to social life is reduced to buying things.

This logic is the engine of the aggressive expansion and permanent growth that the system needs to exist. New markets and new sources of energy must be made accessible by all means and ever larger natural spaces are being exploited. According to this logic, any pause, any deceleration or moderation is equivalent to a crisis and, ultimately, collapse. 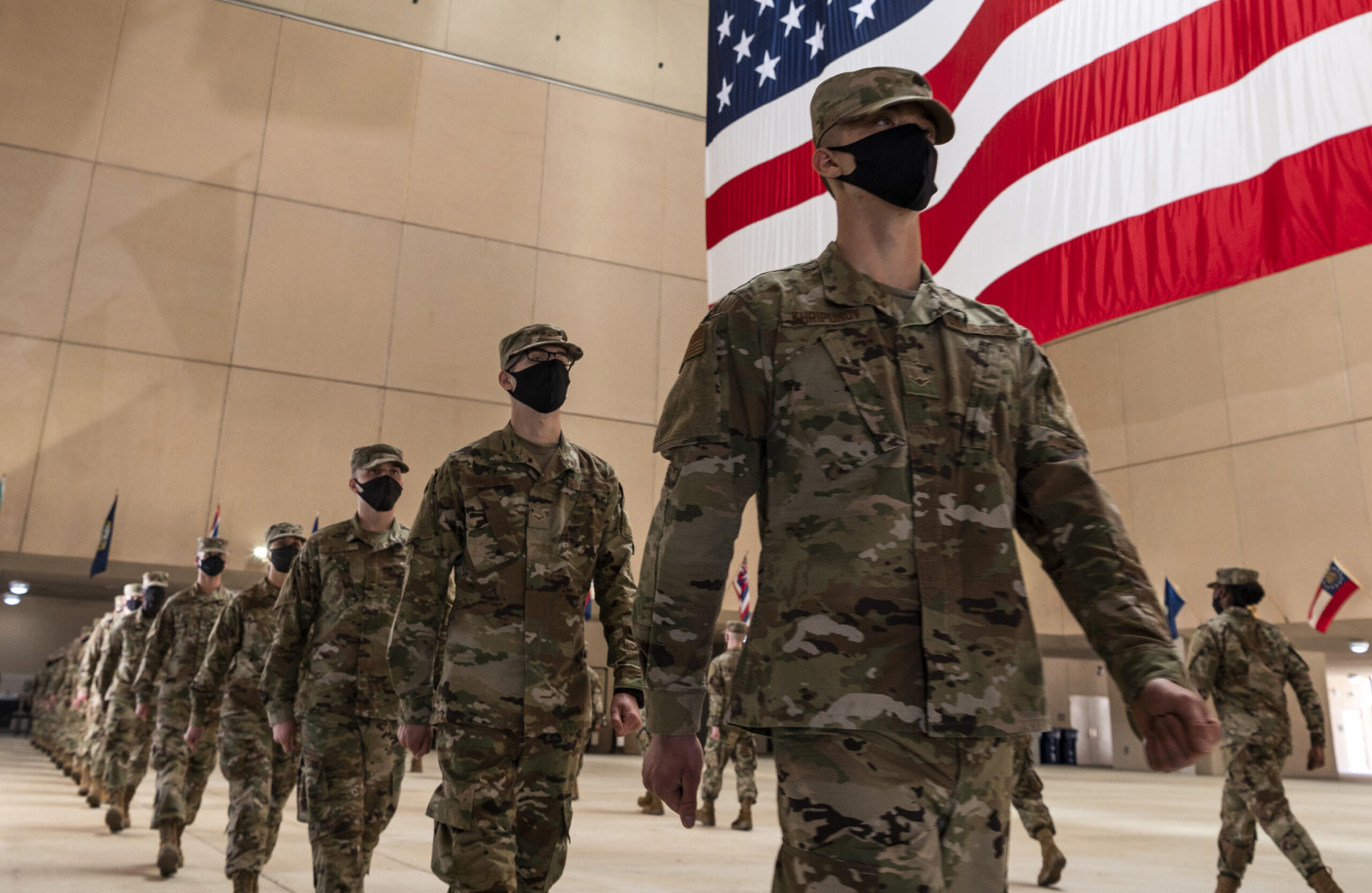 However, the economic machine cannot exist without another supporting pillar: the modern state, which has developed in a co-evolutionary manner with capital. In early modern times, the state was an almost purely military institution. To buy guns and armies of mercenaries on which their power rested, rulers got into debt with merchants and bankers.

The business model was based on the war industry: credits were given so that rulers could invade and sack other countries; the spoils of these lootings were used for the return on investment of the creditors. This has been the driving force behind the increasingly cataclysmic wars that raged in Europe and the genocidal colonization elsewhere. The modern state and the accumulation of capital were inseparable from the start.

Today, that connection manifests itself in the fact that most of the world’s 500 largest corporations could not survive without huge subsidies. The International Monetary Fund has calculated that states subsidize fossil fuels to the tune of $5 trillion each year. That is, taxpayers finance the destruction of the planet to maintain the profits of the fossil fuel industry. The same goes for the automotive industry, aviation, big banks and industrial agriculture. 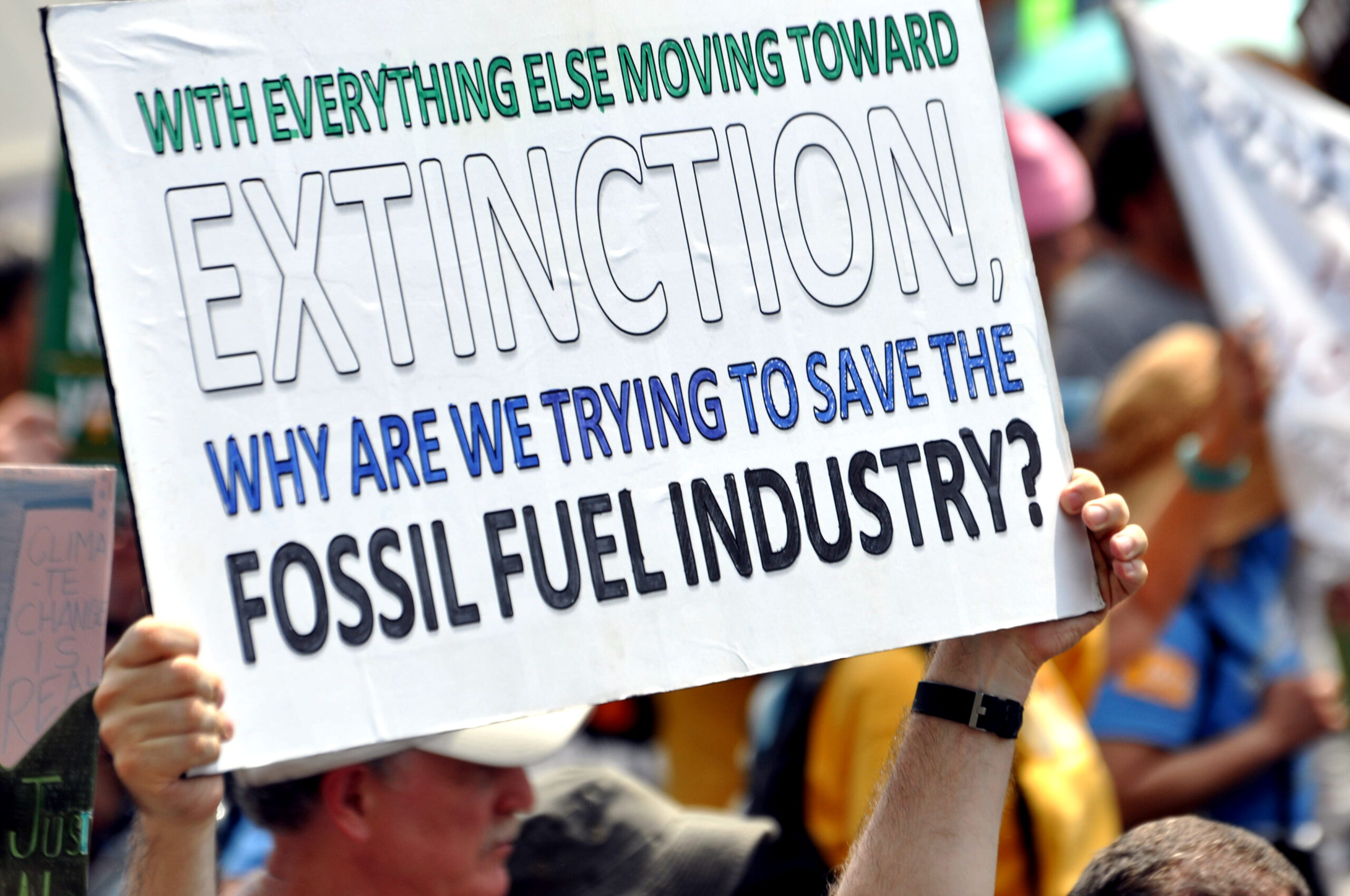 To avoid the worst, we must dismantle the foundations of the megamachine and replace them with other economic institutions that do not serve profit but the common good. This requires transforming the state and dissociating it from capital, so that it can help orchestrating the transition.

In practice, this means that we need an ecological and social transition program which not only replaces fossil fuels with renewable energies, but which transforms the basis of our civilization. Such a program seems, at first glance, unrealistic. But the system that brought humankind to the brink of the abyss is increasingly unstable.

Crises will continue to multiply — financial crises, pandemics, failing states, ecological catastrophes — and each crisis will force us to make choices. When old institutions break down, when political and economic leaders are in disarray, when the great myth of the West cracks, social and ecological movements—indeed all engaged citizens—can exert tremendous influence over decisions, especially when they are well organized, well prepared and able to forge strong alliances.

The chaotic phase that awaits us will entail a cascade of bifurcations (large and small) for several decades. It can lead us to complete collapse or to a more just society that will have learned to cooperate with nature instead of destroying it.

Fabian Scheidler is the author of The End of the Megamachine. A Brief History of a Failing Civilization (2019).  See more of his work on his website here. Follow him on Twitter: @ScheidlerFabian

This article is from Common Dreams.

The views expressed are solely those of the author and may or may not reflect those of Altnerative Narrative.