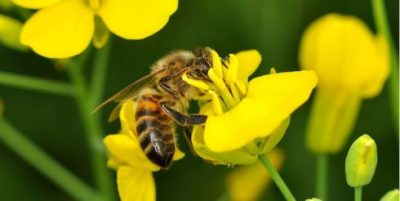 When the history of the insect collapse of the early 21st century comes to be written, it is likely that failure to implement adequate corporate social responsibility (CSR) practices will be blamed.

In a recent example, in September when a consortium led by Japanese giant Mitsui Corporation announced its acquisition of Indian pesticide manufacturer Bharat Insecticides Ltd. (BIL), the reasons given for the takeover contradict Mitsui’s published CSR policy.

The result is likely to be a further decrease in pollinating insects in India. On its website, BIL lists several neonicotinoid insecticides for sale in India that have been banned in the EU due to their effects on bees, as well as fipronil which has been banned in China due to its devastating effects on water insects.

Pesticides Action Network India representative Narasimha Reddy Donthi said by email that the acquisition will allow access to the Indian market as BIL already has licenses there.

In addition, Donthi said that insecticide exports are also a likely aim as “India has lax laws on environment protection, which means low cost of production, through externalisation of environmental costs.”

Donthi added that, “all pesticide companies have to submit to principles of liability and pollution pays principles.

“Products such as neonicotinoids are playing havoc with the people, environment and ecology. This foreign acquisition only spurs a more expansive campaign to rein in companies that are profiting from destruction of ecology and environment.”

The situation in India is deteriorating rapidly, according to a 2017 peer-reviewed study by a team from the Centre for Pollination Studies at the University of Calcutta published in the journal Biological Conservation.

Using observations by local farmers due to the lack of prior scientific studies, the study found that together with declining vegetable crop yields, insect pollinator populations had dropped drastically compared with 25 years before.

The disappearing insects include honeybees, carpenter bees and blue-banded bees, and the paper states that pollinator declines were attributed by farmers to the quantity and number of pesticides used.

Lead scientist Dr Barbara Smith told The Ecologist: “An increase in insecticide application is likely to be negative for pollinators – particularly broad spectrum pesticides – and this could certainly lead to declines in crop yields in the medium to long-term.”

Mitsui’s Basic CSR Policy states that the company will “contribute to the achievement of a sustainable society through the promotion of sustainable development as well as maintaining a strong awareness of the importance of preserving the global environment.”

It also emphasises the importance of communicating with stakeholders and being accountable for CSR activities.

However, Mitsui has not yet replied in substance to a request for comment sent through its website, and the lack of consideration of pollinator loss in its statement on the takeover is of grave concern, and at variance with its CSR policy.

It is also at variance with the stated CSR policy of BIL, which commits to “ensuring environmental sustainability, ecological balance, protection of flora and fauna, animal welfare, agroforestry, conservation of natural resources and maintaining quality of soil, air and water.”

A statement on Mitsui’s website about the takeover states that the aim is to expand BIL’s sales of agrochemicals in India by “inducing synergy with Mitsui’s global assets”.

Agrochemicals are given as an area that is “strengthening the profitability” of Mitsui’s core business, and the partnership will “contribute to the development of local agriculture in India”.

Contradicting this, Dr Smith of the University of Calcutta team said: “In my opinion, the best approach to benefit both pollinators and farmers would be to empower farmers to work with scientists to co-develop locally adapted, low cost, natural pest control methods in combination with government support to mitigate risk during transition.”

Writing in Policy Design and Practice in 2020, Panchali Guha explains that although India was one of the first countries in the world to have a mandated CSR law, it is weak due to “relying on social pressure and reputational effects, rather than government enforcement, for compliance”.

The law requires large corporations to spend a minimum of two percent of their net profits on CSR, but has “zero enforcement and sanctions”.

Guha points out that this was due to vehement protests from the corporate sector, and that “weaknesses in the surrounding legal and institutional environment may enable some firms to disguise their noncompliance.“

In the case of Mitsui it seems unlikely that concern over reputational impact will stop it taking maximum advantage of India’s weak regulations, and it does not even pay lip service to biodiversity conservation in its statement on the BIL takeover.

Although it has become common practice by insecticide companies to have professionally produced CSR reports, they serve to distract attention while they take advantage of weak environmental regulations.

In the absence of appropriate CSR policies that are applied in a verifiable way by companies like Mitsui, it is likely that the price will be a collapse of pollinating insects in India.

A spokespersons for Mitsui told The Ecologist:  “We believe neonicotinoids can be safely used by closely following the precautions and guidance on product use and handling. We will continue to work with Bharat Insecticides to monitor the environmental impact of their products as well as their operations.”

Phil Carter is a freelance environmental journalist based in Japan.